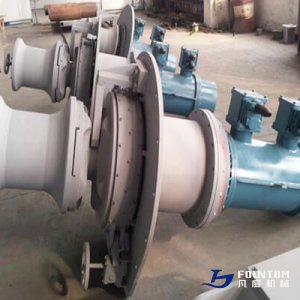 Electric Anchor capstan is a machine for both mooring and anchoring work on ship and boat, it consists of a mooring head and a gypsy for anchor chains range from 16mm to 60mm driven by a electric motor. An electric anchor capstan can be deck-mounted or thru-deck-mounted. It has the same functions as anchor winch but they differ in appearance.

The capstan only has one drum to rotate to wind the anchor line but not hold and store the line on the drum. By rotating, the capstan drum controls the releasing and paying out of the line attached to the anchor to realize the operations. One advantage of using anchor capstan on a ship is that the line hauling can come from any direction, but the anchor line should approach the chain gypsy at an angle, which should not be more than 5 degrees above or 5 degrees below the center line of the gypsy.

This anchor capstan is available with a rated pull from 3-20 t.

The electric capstans can be incorporated direct into the deck construction by means of a foundation pipe piece. The foundation is open at the bottom and makes it easy to connect the motor from below deck. The electric anchor capstans are delivered with DOL or frequency converter for variable speed. 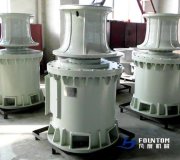 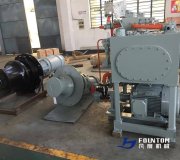 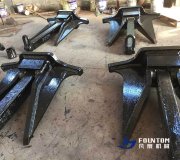